I’ve always felt it important to maintain a positive outlook.

The first blow to this “rose colored glasses” view hit me on September 11, 2001. I had just boarded a plane at Washington-Dulles headed to New York when an announcement crackled on the speaker saying (incorrectly) that a “small” aircraft had just crashed into the World Trade Center. Realizing no flights would be going to NY that morning, I quickly disembarked and headed to the parking lot. On the drive home is when I hear that another plane from Washington-Dulles has slammed into the Pentagon.

Shortly after my personal 9/11 “wake up call,” I got laid off. My wife was 7 months pregnant. I was scared and angry. But through that frustration, I decided to stop blaming others for my situation and become more self-reliant.

My self-reliance journey started with what I call “income security.” I got another day job, but decided to start online, home-based businesses on the side with the goal of being my own boss. It took a few years and a lot of trial and error, but in October 2006, I finally left the corporate rat race forever and have never looked back. I developed the valuable “income security “ skill of knowing how to start and grow online businesses. A skill no one can take away from me.

Now we’re facing an unprecedented number of threats to our livelihoods:

I realize now that “income security” alone is not sufficient.

I didn’t really appreciate this until visiting my Wife’s Grandparents in a small Lithuanian village. Her Grandparents (who have since passed away) were true survivalists, having lived through two World Wars and the Soviet Occupation. My wife, Daiva, often stayed with them when she was a girl. She tells stories of how her Grandparents were completely self-reliant. Rising and sleeping with the Sun, raising cows and chickens, growing their own vegetables, and refusing to use electricity. Her Grandparents were part of a small community that all knew each other and would trade goods and services. Every week they even bathed together at a communal bath house, which Daiva would help setup by hauling coal and water. The women would go first, then the men, as was the custom.

The lesson I learned from her Grandparents?

They were ready to withstand major shocks in stride. Even if a foreign country invaded and the shops were all closed, they would survive quite comfortably. Their root cellars were full and their skills were sharp.

And they didn’t expect the government to save them in a crisis. It wasn’t part of their DNA.

That’s when I realized that, somewhere along the line, we’ve lost the “self-reliance” gene. Maybe “lost” is the wrong word. Let’s say that gene has become deactivated.

When I say “self-reliance,” I’m talking about having education, skills and preparedness in the areas of:

As a society, we’ve developed a “Big Box” mentality to solving these issues. Too many of us think there’s a “Super Store” or Government building down the street that’s responsible for providing us these things. They’re our birth rights. As a younger man, I shared that attitude.

But 9/11, personal setbacks, and a visit to a tiny Lithuanian village removed the veil that was covering my eyes. It’s my duty, as a Father who wants to ensure the survival of his line, to have a “Plan B” for each of the above self-reliance areas.

That’s why I’ve created SurvivalDad.com. Partly as a way to hold myself accountable for gaining the knowledge and skills I need for my family to thrive in an uncertain world. And partly as a way to build a community of like-minded Dads who share my concerns and values.

OK, now for some personal stuff about me:

Buck Rizvi at a glance:

So, I’m on a journey and I encourage you to join me. Some of these self-reliance topics I know something about (such and Income and Health Security) and others I’ll be tapping leading experts in their respective fields. Having spent over 21 years in the corporate world has given me the balls to seek out and persuade some very smart people to be a part of the Survival Dad show. And yes, I think persuasion is a “survival skill” and we’ll be talking about that, too.

If you decide to come along, I can guarantee the following:

I look forward to having you be a part of the Survival Dad Community. I read every email and social media communication that comes my way, so feel free to send me your feedback.

Here’s what to do next:

Thanks for getting to know me a little better. Drop me a email and tell me about you and why you think Survival Dad is right for you. I’d love to hear your story.

Get Your FREE SurvivalDad Bug Out Bag Video & Cheat Sheet 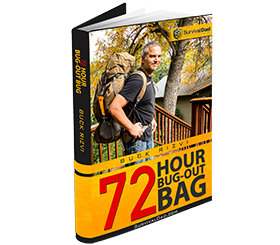